Skip to Main Content
It looks like you're using Internet Explorer 11 or older. This website works best with modern browsers such as the latest versions of Chrome, Firefox, Safari, and Edge. If you continue with this browser, you may see unexpected results.

Experience the world through cultural information on more than 200 countries. Each infographic depicts an average person in the country as revealed by statistical data. Global statistical averages provide additional context.

The World Factbook, produced for US policymakers and coordinated throughout the US Intelligence Community, marshals facts on every country, dependency, and geographic entity in the world. We share this information with the people of all nations in the belief that knowledge of the truth underpins the functioning of free societies.

Global Population Statistics. a site with all kinds of population statistics. The main component is tabulated population statistics: current, historical, estimates, projections, cities, agglomerations, etc. But also geopolitical data like the administrative divisions of countries (provinces, counties and such) of all nations of this world. In the resources section one can find a long list of national statistical agencies and other interesting resources.

Free and open access to data about development in countries around the globe. 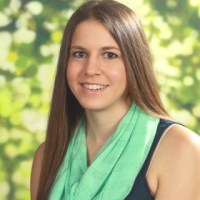